I -as well as most in the tristate area- suffer pretty nasty seasonal allergies.  I have for as long as I can remember.

Each autumn and each spring (and continually for about 2 months onward) I am plagued with the completely stopped-up airway, yet on the constant verge of sneezing. I question the worth of putting eyeliner and mascara on my eyes for the watery tears that I cannot stop from leaking out, which comes and goes in waves throughout the day.
At night, I can only breathe through my mouth.  I am in the optimum state of claustrophobia as I lay there, eyes open, mouth open, gasping for my sanity, with cough drops lined up on the windowsill next to my bed.

My doctors over the years have prescribed a candy shop full of medicines for my ailments and yet, nothing really helps.  One year in college I was prescribed two maximum strength meds (I cannot remember what they were, only that they were large enough for a horse to choke on) and they dried my nasal passages up.  In fact my airways were so dry that as I laid in bed at night, completely awake because of the amphetamine-speed effect they incurred, that it felt like I was inhaling sand.  My throat hurt and my nose hurt.

My most recent doc also diagnosed me as having sleep apnea.  Hmm I WONDER WHY!?

I CANNOT BREATHE WHEN I SLEEP BECAUSE OF MY ALLERGIES.
This doctor, instead signed me up for a sleep study and told me that I’d end up having to get a CPAP (Continuous Positive Airway Pressure).  A CPAP is a mask that I would have to wear when I sleep that pushes air into my passages to keep me breathing.

I have since learned that having Sleep Apnea is actually a pretty big problem, that it will not only affect how I constantly feel sleepy, but it will make my heart give out eventually.  Umm yikes.

Okay so now we connect the two issues!

How about we try to clear my allergies up and see how well I sleep?
How about we use an old, natural home remedy to achieve this before making me BUY more questionable medicines with questionable side effects??

How about we try the Neti Pot?
I’ve had and used the Neti Pot for probably 3ish years and to hardly no avail.  I am lazy and will not consistently use it.  Bottom line. You have to consistently use the Neti every day to prevent allergy issues.  I was only using it when I started detecting symptoms.  Well, that’s too late, now isn’t it?

Anyway, so in combination with my Neti Pot malpractice and the usual combination of medicines and nasal spray, I laid in bed last night in woeful, claustrophobic misery.
I jumped up, finally angered, shaking my fist at the window, my brain shouting IT SHOULDN’T HAVE TO BE LIKE THIS!!!

I stormed into the kitchen, hoping to at the very least swallow a teaspoonful of horseradish sauce in desperation of opening up my sinus cavity. Then I remembered my mom telling me something about drinking a tablespoon full or so of Apple Cider Vinegar (ACV) to help relieve a number of ailments…

So I googled and discovered that if you put a small amount of ACV (1/4 teaspoon) and a pinch of baking soda into my usual neti solution, it’s supposed to break up the bacteria in my passages as I flush them out.

So I did it- the first time putting way too much ACV and burning the heck out of my throat and nose- after a few tries.  I felt movement from within and managed to obtain a steady trickling stream from my nose. Previous attempts proved my congestion too much for the Neti solution to penetrate leaving me standing there tilting my head at various angles trying to coax the phlegm to open up, choking on the stuff sliding down my throat because it had nowhere else to go.

After I did the ACV Neti 3 times, I went back to bed feeling like I’d made a tiny leeway on the stubbornness in my nose.  I could breathe a little easier- at least SOME air could pass in and out of my nose.  But all of a sudden, it COMPLETELY opened up.

And now you’re all wondering how on earth any doctor wouldn’t first suggest that I try this method instead of handing me a “script” and sending me on my merry way to the pharmacy?  That’s a good question.

this is me, and these are the profound brain things happening inside my Catholic Mom head. 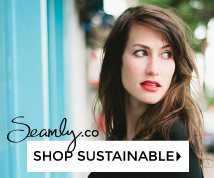 Help Carolyn Monetize Her Blog! All Proceeds will go to purchase a webhost and domain.

Thank you for your generous donations. Because of your kindness, I am currently designing my new website!

"The world promises you comfort, but you were not made for comfort. You were made for greatness." Pope Emeritus Benedict XVI